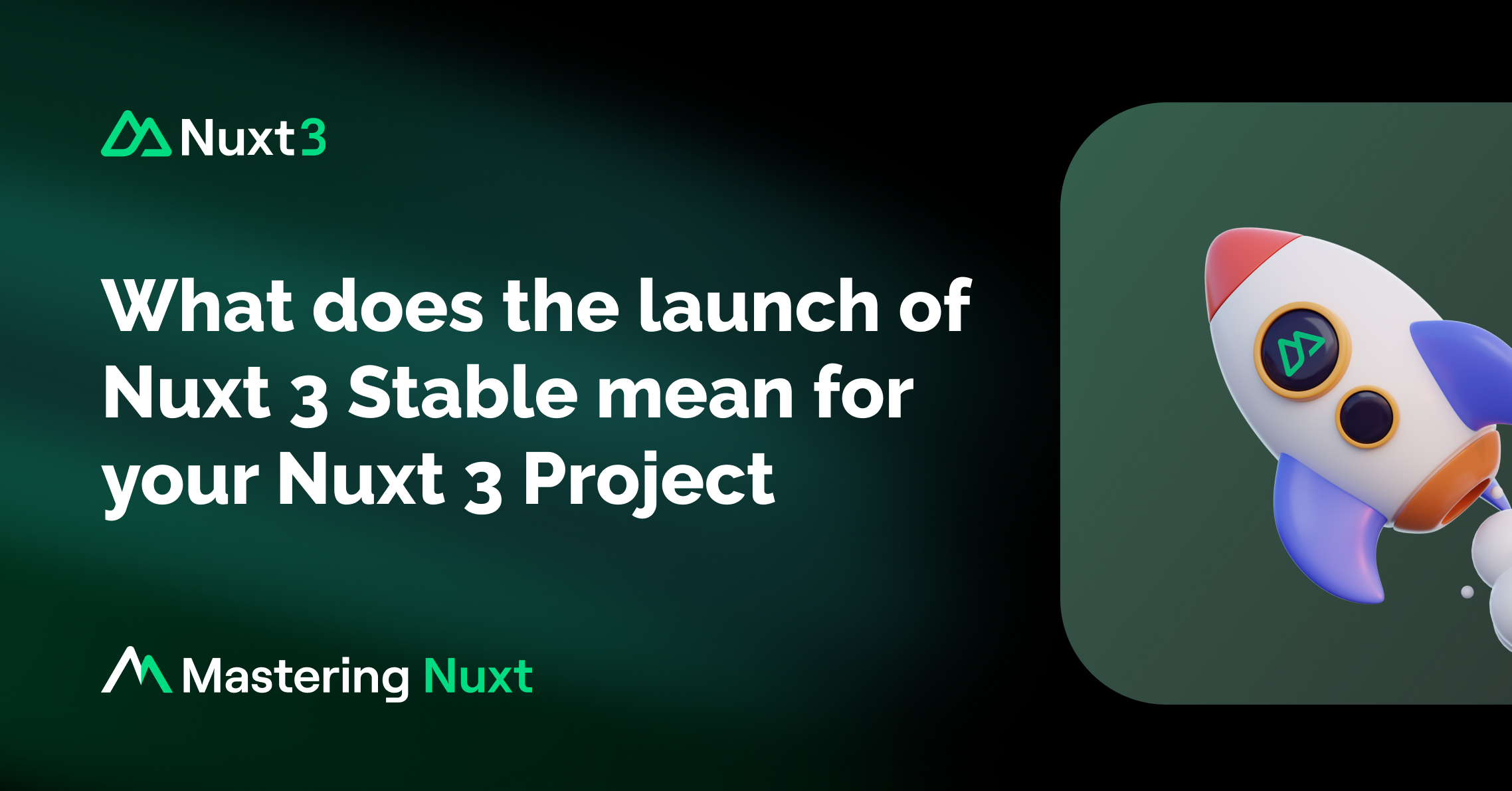 Now that Nuxt 3 is stable, what does that mean for you? 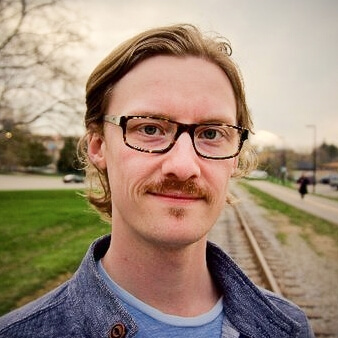 Now that Nuxt 3 is stable, what does that mean for you?

In one word — confidence.

When a software product moves from beta to a stable release, it means that the developers have tested it extensively and fixed any major bugs or issues.

The team at Nuxt Labs have now given Nuxt 3 their official “stamp of approval” — it’s now ready for widespread use and adoption.

In this short article we’ll explore a few things that happen because of this:

This is the big one, and the biggest problem with working on beta software.

Frameworks like Nuxt are supposed to help us get more done, and it really sucks when they actually prevent us from doing our job because of a bug or issue.

If you’ve been using Nuxt 3 since before it was stable, you may have encountered some bugs. But this is part of the process, and you knew what you were getting into.

This means that the team is highly confident in the stability of the framework, that there aren’t any major issues and few minor issues. Now you can expect to work with Nuxt 3 and not encounter any nasty bugs that block your progress.

Of course, no software is perfect!

Being stable doesn’t mean no problems, just that the number is small enough that you shouldn’t be too concerned by it.

Another frustrating thing about working with software in beta is that features change.

A new feature release today could break code that you just wrote yesterday.

This happens because it’s really hard to know exactly what the best way of building a feature is, especially with a framework as powerful and complex as Nuxt. It requires some trial and error, and some experimentation.

This is why the beta process is so valuable. It lets the team explore and change things, without being locked in.

This can make it difficult if you’re trying to use the beta software, but ultimately, it produces a much better product.

Now that Nuxt 3 is stable though, there will be no more breaking changes.

Following semantic versioning means that any changes that would break functionality in your app can only be introduced when going from version 3 to version 4. The team can add new features, improve existing ones, and of course, fix bugs. But any breaking changes require a major version bump.

This gives you confidence that you can invest your time in building a fantastic Nuxt 3 app, and it will continue to work into the future.

One of the key benefits of the stable release is that the Nuxt team has updated and expanded the documentation.

The documentation now includes detailed information on all of the features and capabilities of Nuxt 3, including guides and examples to help users get started with different parts of Nuxt.

There are also additional third-party learning resources coming out.

The official course, Mastering Nuxt 3, provides a comprehensive guide to building applications with the framework, covering topics such as server-side rendering, routing, databases, and deploying to production with Netlify.

Another benefit of the stable release is that the Nuxt 3 community has grown significantly during the beta period, with many developers using the framework in their own applications.

This means that there is a wealth of knowledge and experience available from other Nuxt users, who can provide support and guidance on using the framework. We should expect to see more and more tutorials and talks, as well as devs answering questions about Nuxt 3.

Ecosystem Will Catch Up

There are lots of plugins and modules and other tools that integrate with Nuxt.

Some of these are already working nicely with Nuxt 3, but many more aren’t. But updating based on a stable release of Nuxt is much easier, so we should expect the ecosystem to catch up now.

The team at Nuxt Labs also maintains a few of these tools, including the auth module. Their focus has been mostly on getting Nuxt 3 out, so now they’ll have more time to put towards getting these other important pieces up to date.

Of course, these changes still take time. So be patient, and maybe contribute to these projects and help them out if you have the time!

If you haven’t yet started using Nuxt 3, now is the time to do it.

You can expect improved reliability and no more breaking changes. The Nuxt team has updated and expanded the documentation, and the community has grown significantly. As well, the ecosystem will catch up and provide better support for Nuxt 3.

You can have confidence that the framework is reliable, stable, and that you’ll have the resources that you need in order to build world-class web applications using it.

Michael Thiessen
Michael is a passionate full time Vue.js and Nuxt.js educator. His weekly newsletter is sent to over 11,000 Vue developers, and he has written over a hundred articles for his blog and VueSchool.
Previous Post Next Post